Today I am back with best Xposed modules framework for Android. When compared to iOS, Android is highly customizable and you can change almost everything in your device. Not only that but there are thousands of third-party apps out there which allows you to easily add further functionality.

Once you have rooted your device, you can then try out Xposed modules on your Android device to change almost everything in your Android when it comes to tweaking performance as well as UI elements.

And today we are here with the 20 Best Xposed Modules for Android that you should definitely try on your device. Not only that but you will also learn everything about Xposed Framework and Xposed Modules and how they work that.

Apart from that, you will find the download links to all of these best Xposed modules so that you can start using them on your Android device right away. Recently I have shared rooting apps to root Android.

While traditional root apps permanently modify the system files of your Android device, Xposed takes a different approach for the same things. It uses Xposed Modules which are apps that tweak the system files temporarily for as long you have the Xposed framework installed.

Because of this, Xposed Modules provide you with much more flexibility when it comes to tweaking the user interface of your Android device.

With the help of Xposed, you can get almost all of the features found in custom ROMs without changing your stock ROM. This can be quite helpful for many users as you get custom ROM like features on your stable stock ROM.

Apart from that, Xposed modules can also be used for increasing the performance of your device. And the best part about all of this is that once you uninstall Xposed Framework from your Android device, all of the changes you made will be gone.

If you go into the Xposed Installer app, which is used for installing and managing Xposed modules, you will find a large library of available Xposed modules.

Even though many of these best Xposed modules are highly useful, some of them are either outdated or not useful at all. Because of this, finding the correct Xposed modules according to your requirements and needs can be quite difficult.

Not only that but you will also find the download link to all of the best Xposed modules mentioned in this article. You can easily download the APK file of these modules, install them on your Android device.

Once you have installed them, simply go into the Xposed installer app and enable them so that they start working once you have rebooted your device.

Therefore, if you are interested in tweaking your Android device and trying out different best Xposed Modules, then make sure to go through the following Xposed modules one by one:

Gravity Box is hands down one of the best and most popular Xposed modules out there when it comes to tweaking the user interface of your Android device. 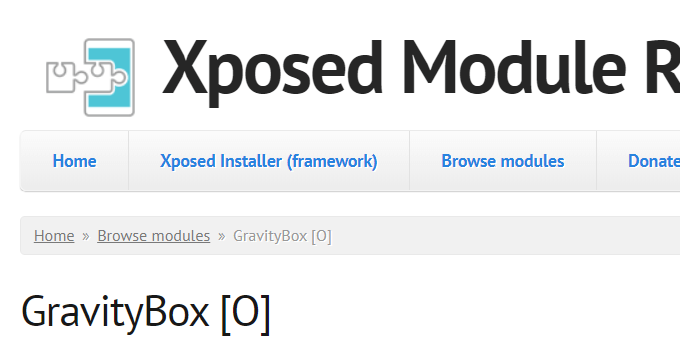 Many Android users who install the Xposed Framework do so just to use Gravity Box on their devices. It allows you to add all sorts of tweaks, gestures, shortcuts, and other things that are only available in custom ROMs.

Every time you turn on your Android device, multiple apps get loaded in the background. This can cause multiple issues on your device if you have an old or low powered Android smartphone. 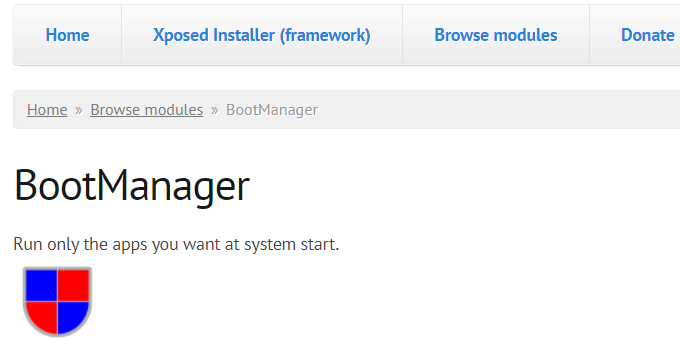 It can increase the boot time of your device, consume processor power in the background, and even cause battery drain. In such a case you can use BootManager which allows you to select the apps only which will be loaded when your Android device boots. We have also shared the GB WhatsApp app.

In the recent versions of Android, Google has added many privacy options which are quite useful. All of the privacy and permissions options found in Android are highly important in this age of the internet. 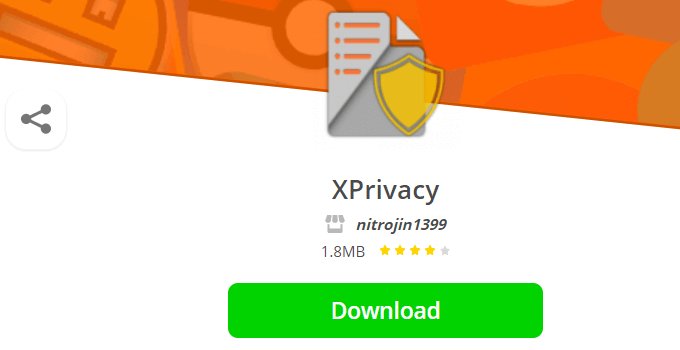 But for some users, these privacy and permissions options might not be enough. And XPrivacy is a great Xposed module for such Android users who want to play around with different privacy options using the Xposed Framework.

WhatsApp is one of the best messaging available on Android out there. It offers multiple useful features and options that are appreciated by all users. 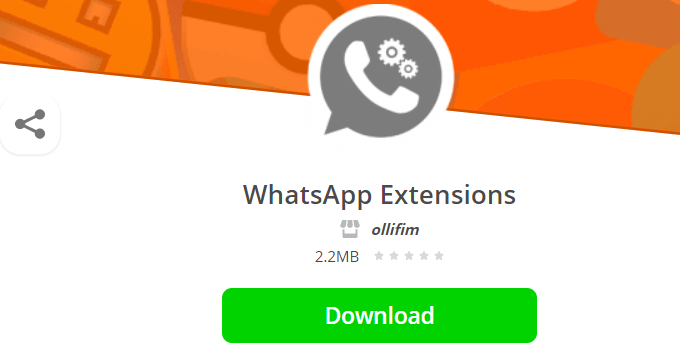 Although for some users, these might not be enough and you might want more from WhatsApp. For such users, WhatsApp Extensions is a great Xposed module as it allows you to add extra features in the stock WhatsApp without installing any modded version.

Even though YouTube has released the YouTube Music app which allows you to play music videos in the background, it is a paid service. 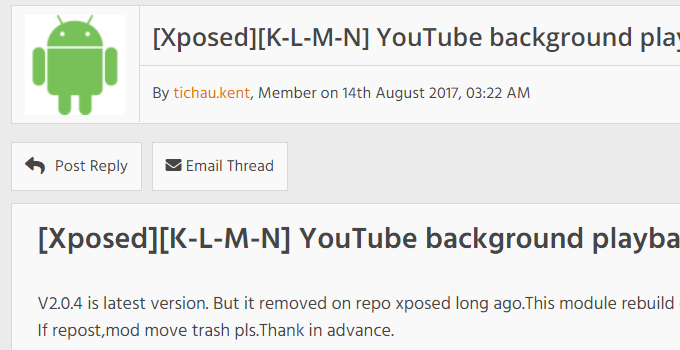 And only if the stock YouTube app on Android allowed you to do so, you could have enjoyed music in the background. And as the name suggests, YouTube Background Playback is an Xposed Module which allows you to do exactly that.

WANAM Kit is considered as one of the best alternatives to Gravity Box. Unfortunately, in some Android smartphones, Gravity Box might not work and in that case, you should definitely try out WANAM Kit Xposed Modules. 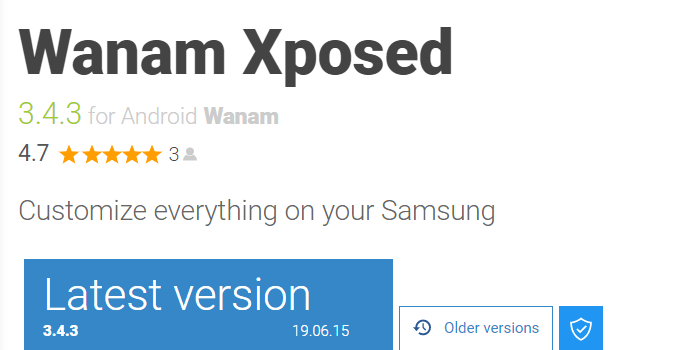 Similar to Gravity Box, this Xposed module allows you to modify the features and options in the Settings app of your smartphone for further customizability.

Many modern smartphones have a heating issue where the processor might heat up quite a lot. This can result in poor battery life as well as throttled CPU performance. 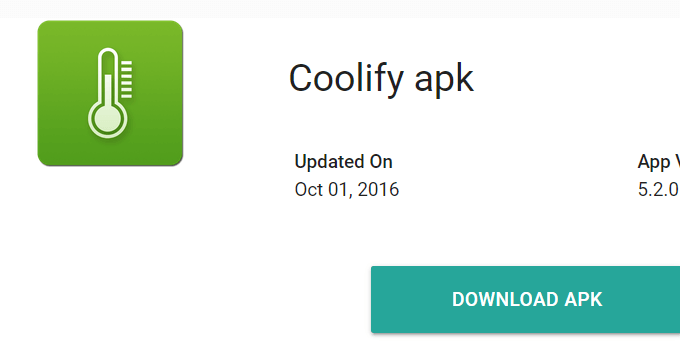 And in such a case, Coolify is an Xposed module that you should try out on your smartphone right away. This app kills all obsolete processes in the background and optimizes all other applications that you are using.

XuiMod is another great option when it comes to adding custom features to your Android smartphone. You can use this app to get many useful features for popular custom ROM in your stock ROM. 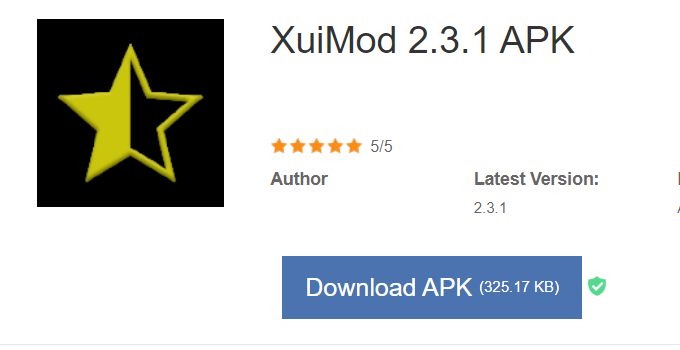 It is able to do by using the Xposed Framework and results in an experience quite similar to Gravity Box and WANAM kit.

Bright Lockscreen is an Xposed module which allows you to modify almost all of the user interface elements found on your Android device’s lock screen. 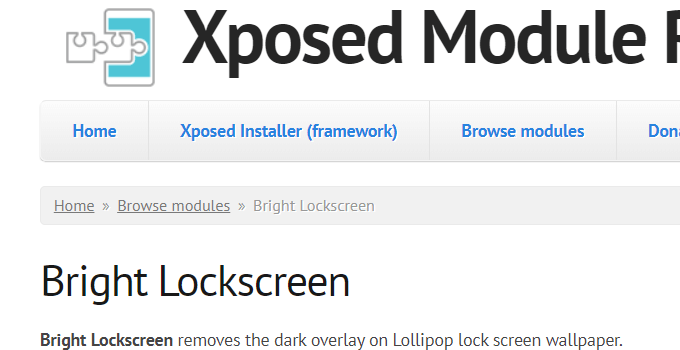 With the introduction of Android 5.0, colored navigation and status bars were introduced. Because of this feature, the notification bar and the navigation bar change their colors according to the app that you are using. 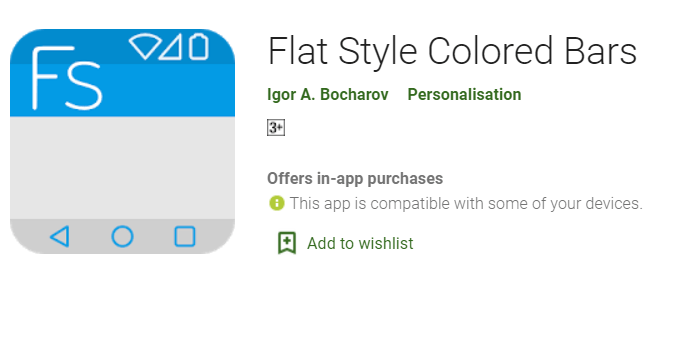 But unfortunately, this feature does not work properly with all apps out there. In such a case you can try out Flat Style Colored Bars which provides you with extra controls for this feature and works much better.

Greenify is considered as one of the best apps out there when it comes to increasing the battery life of your smartphone. Unlike some other apps which cannot do much to save battery without root, Greenify uses both root access as well as the Xposed Framework on your smartphone. 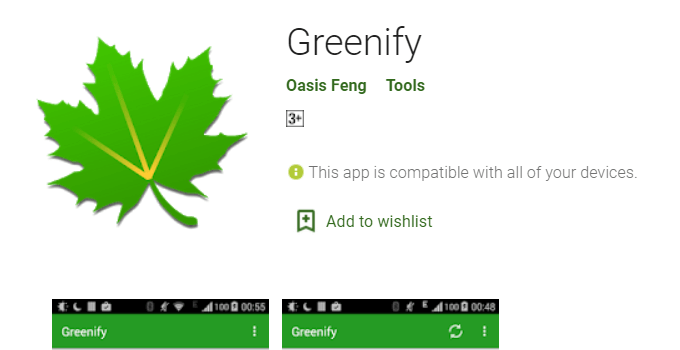 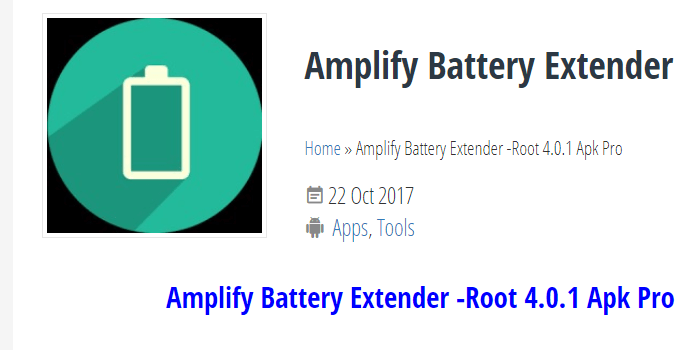 It allows you to check things like charging speeds, battery drain, battery capacity, battery temperature, and much more. If you are an advanced Android user then using this along with Greenify can result in a great battery life.

Must Read: Xbox One Emulator 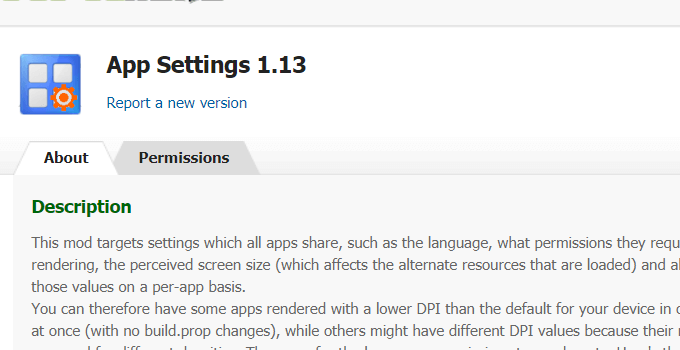 This is where the App Settings Xposed Module comes into play as it allows you to manage both user apps as well as system apps without any issue.

You can change a number of app settings like DPI, font size, storage used, notification priority and much more with the help of this Xposed module.

Xblast Tools is a highly popular Xposed module which allows you to modify different UI elements of your Android device. You can use it to change things like status bar icons and their colors, keyboard background, battery indicator style, clock style and fonts, and much more. 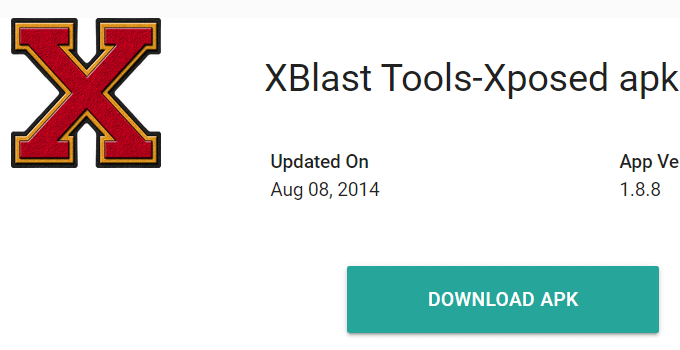 It can be considered as a much simpler version of Gravity Box since it does not have that many options. But if you are new to Xposed modules, you should definitely try out Xblast Tools.

If you have ever used the YouTube app on your smartphone, then you must know that it shows you ads while enjoying videos. This can be quite frustrating at times especially when an ad starts playing while you are watching a video. 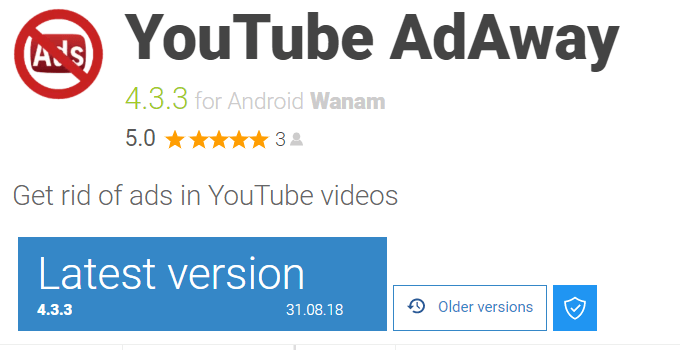 And as the name suggests, YouTube AdAway is a great Xposed module that essentially removes all of the ads from the stock YouTube app installed on your Android device.

As the name suggests, this Xposed Module allows you to control the music playback in your smartphone using the volume keys of your device. It is able to do so with the help of long click gestures. 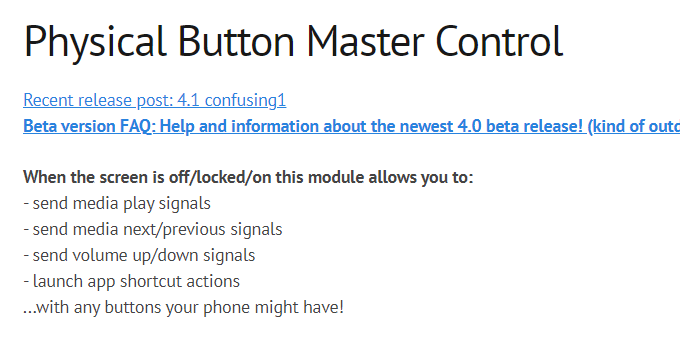 This means that if the screen of your device is turned off and you long click the volume up or down button it will play the next or previous track on your Android device respectively. 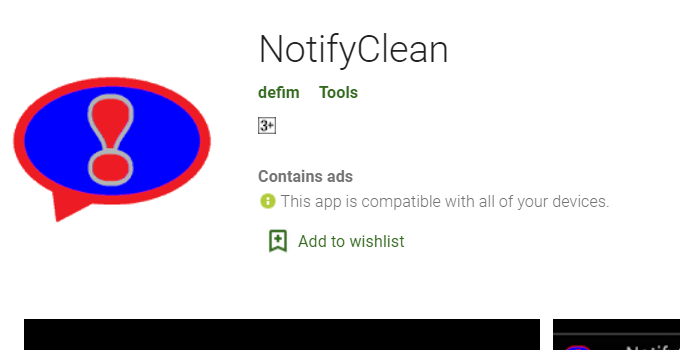 This is where NotifyClean comes into play as it helps you make your notification panel much simpler and cleaner by tweaking different user interface elements of your Android device.

In the age of the internet, you connect your smartphone with a number of Wi-Fi networks in your day to day life. And almost all of the Wi-Fi networks out there are protected with a password. 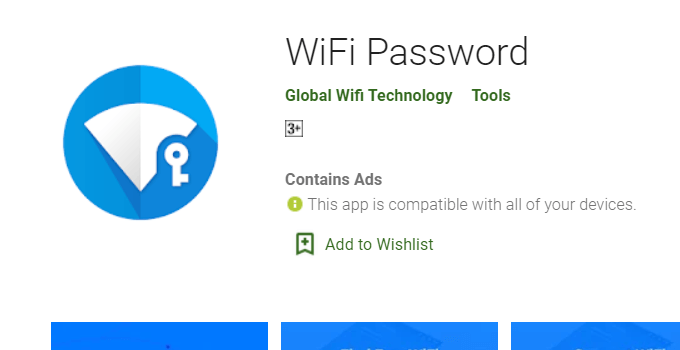 This means that remembering the passwords of multiple Wi-Fi networks saved on your smartphone is next to possible. But if you are using the Wi-Fi Password Xposed Module, then you do not have to worry about that since it allows you to view all of the saved Wi-Fi passwords on your Android device. Also, download Dolby Atmos. 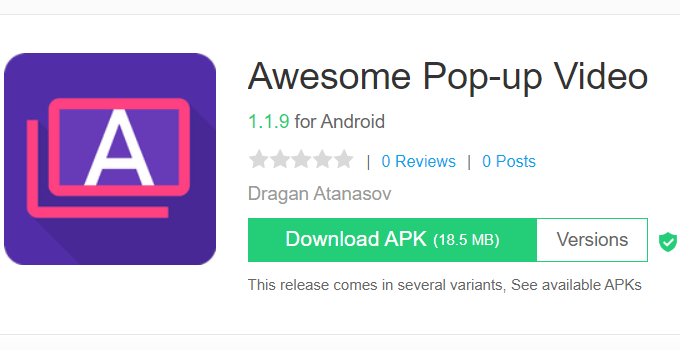 As the name suggests, this Xposed module allows you to play any video in a pop-up window. This pop-up window is shown to the user as an overlay on top of the app that you are using.

The camera flash of your Android smartphone can be used as a flashlight whenever required. But turning it on from either the quick settings or a third-party app can be time-consuming sometimes. 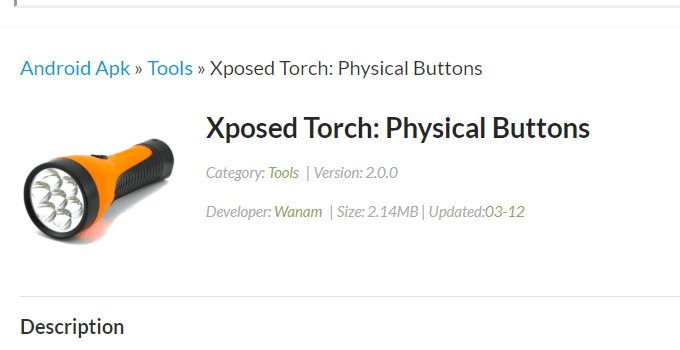 In such a case, the Xposed Torch is an Xposed module that can be highly useful. It allows you to turn on the flashlight of your Android device using gestures on the physical button of your smartphone.

Well, I hope that you installed and tried out different Xposed modules on your Android device with the help of one of the above mentioned 20 Best Xposed Modules for Android.

In case you liked this article, then make sure to share it on social media. If you have any doubts regarding any of the solutions, feel free to ask any queries in the comments section below.